A collective of shepherds tending land and flock 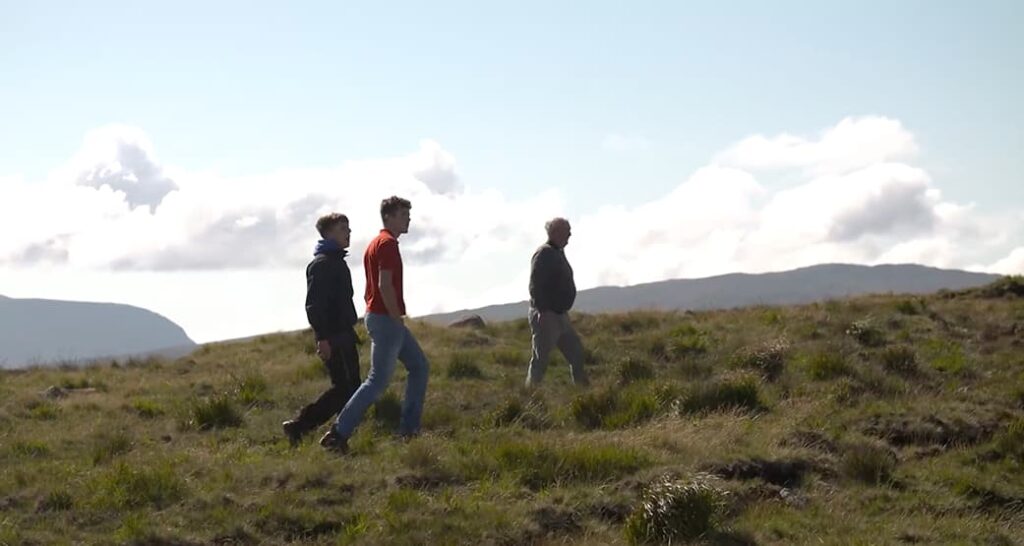 Nestled between the peatlands of Ballycroy, the surrounds of Lough Mask, the islands of Clew Bay, and Connemara’s peaks, we are a place apart. Here in the remote West of Ireland, rugged mountains meet the untamed sea, rivers flow into lakes, and small villages are home to our farming families. Here, our sheep are in natural harmony with our environment, maintaining biodiversity and enhancing the sustainability of our land. As spring turns to summer and autumn to winter, we follow the ebb and flow of the seasons, putting in early mornings and late nights; tending our sheep with a commitment to always doing our best.
Read More
From father and mother to son and daughter, we hand down the knowledge, heritage and stories we are proud to share – but we always look to the future. We dedicate ourselves to creating the best tasting lamb for consumers who work as hard as we do and demand and deserve the highest quality. From generation to generation we are shepherds of our land, our sheep and our way of life, always seeking ways to improve what we do and ready to hand on our legacy.

In 2004, among the vast hills wrapped in wildness and peppered with the pale white softness of the Mayo Blackface, 45 farmers from the townlands of Tourmakeady, Louisburg, Newport, Ballycroy and Achill came together with a hope for change and progress. Their first breeding sale in Aurivo Ballinrobe, was a humble, yet resounding success. And with the passing of time and the untiring efforts of the Western shepards, 16 years on, the sale has grown organically in both quality and numbers, and is now recognised on a national scale.

From a modest 800 sheep to now over 2000, the group has built community, connection and a clear, common purpose – to produce quality, home grown, maternal stock from which rewards are reaped, farm to fork.

Now with 410 members, the group has had eight successful years, selling up to 30,000 lambs each year to it’s partners Kildare Chilling Company. This long-standing relationship has been built on trust, dedication & care

We also work closely with Teagasc, Sheep Ireland, Aurivo, Mayo County Council, South West Mayo Development Company and the Mayo Connemara Blackface society, to improve the local stock and the livelihoods of the farmers and their rural communities in the West.

Work as one
We work together towards one common purpose – to produce breeding stock and lamb that are always of the finest quality.

Share knowledge
We work towards educating farmers on the Mayo Blackface and their crossbreeding benefits. We take pride in passing on knowledge.

Open doors
We strive to create seamless links between premium producers like Kildare Chilling and quality farmers, through the organisation of our prime breeding sales.

Improve livelihoods
We put the farmer at the forefront, and endeavour to ensure their necessities for living. Our members get out what they put in.

Sustain the future
In harmony with our sister producer groups, we work towards the greater good and continuously strive to build Ólas Hill Farms into a sustainable way of living for future generations.

With roots firmly planted in the West of Ireland, all our sheep farmers are fully engaged with their natural surroundings, with a deep understanding of the landscape and a knowledge that has been nurtured over hundreds of years – men and women that take pride in quality that starts from the ground up, because they know that good breeding always means better taste. At Ólas Hill Farms, our farmers have united to work as one, for a better quality product and a more sustainable future for a new generation of Western shepherds.

Learn more about our community of farmers and their in-depth knowledge that has been handed down for generations.

Out west, our sheep farms live and breathe within a microcosm of Ireland; high mountains, sea sprays, and peaty boglands, where day dances and ewes graze at the grass roots. Each stretch of land with a microclimate of its own.

From blanket peats and upland grasslands to soils rich and fertile, it’s home to families with ewes of 20 to 800, and everything in between. Our farms are home to Irish biodiversity at its best.

If these hills could talk they’d recite love poems to the land and tell stories of graft for generations.

The native heather, growing wild purple blossoms across the landscape, forms an important part of our sheep’s diet, and of the distinct flavour.
With year-round growth and sheltered green nooks on Clare Island and Inishturk, grass is the most important part of the sheep’s diet and helps produce the finest quality lamb.
From the Silver Strand west of Louisburgh to the majestic islands of Clew Bay, the mists of sea spray sprinkle the grasses with hints of salt sought out by the sheep.
From low lying hills to the steep slopes of Croagh Patrick and the Menaun Cliffs, this unique landscape allows for rich and varied grazing at all levels.
The deep free drainage soils of Ballinrobe and the high stone walls and hedges offering shelter from the elements, make for the finest type of lowlands. 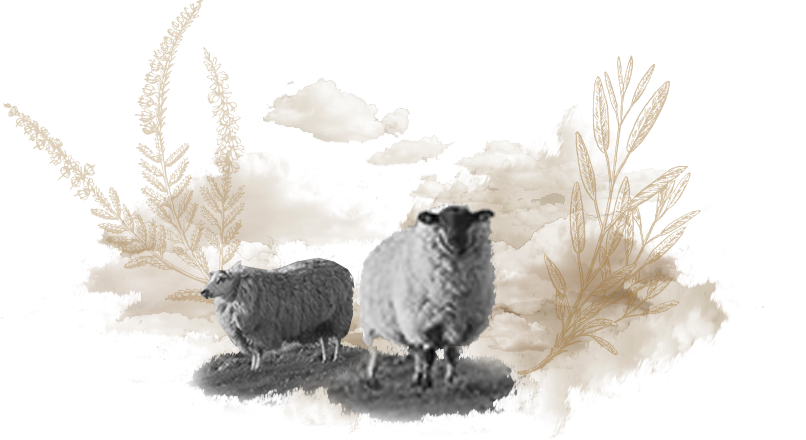 Our sustainability story at a glance

Our peatlands lock up vast quantities of carbon by absorbing CO2 from the atmosphere and burying it in the soil; a natural resource Ólas Hill farmers are committed to safeguarding.

The Owneduff Nephin Complex, a protected area under the EU Birds Directive, is farmed by some of our members who graze their sheep at a sustainable level to give birds like the Red Grouse a chance to thrive.

Our lower numbers of stock and low levels of artificial fertilizer allow for diverse habitats, natural grasslands and healthier livestock to flourish, with many farmers having reached carbon neutrality.